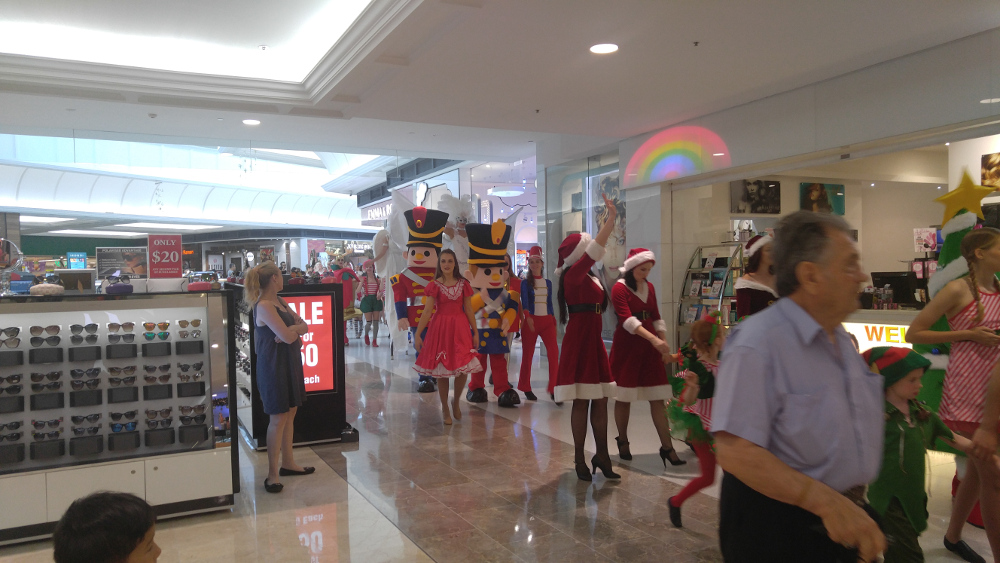 I felt Brisbane is getting similar with other big cities. For example, every major shopping center has to have some unique features for Chrismas as the attractions for customers.
Last Saturday, I went to Garden City for Yum Cha with friends. I saw there are some Christmas Trees and decorations in the mall. Now is still mid-November, but the mall already looks very Christmas. In the afternoon, we even saw there was a Parade. In the parade, there were a lot of Chrismas characters, such as Elf, Toy Soldiers, Christmas girls and Angels. The parade was very attractive. A lot of people stopped to watch the parade and took a photo too. That was interesting.