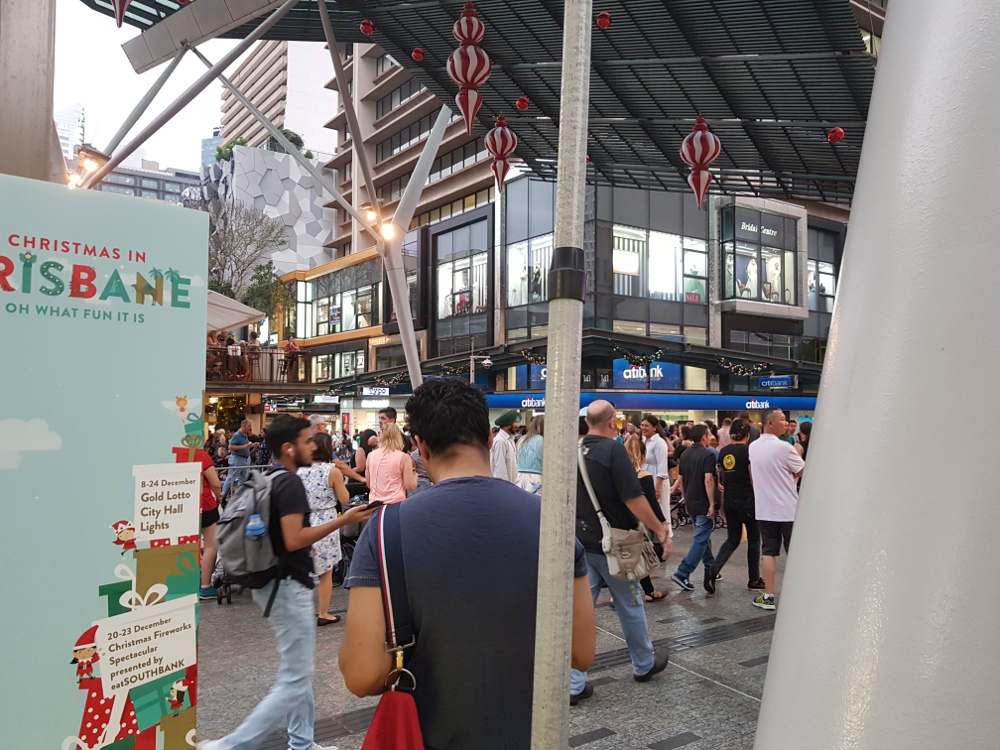 Last night, I also went out to Brisbane. There was a lot of people as if back to Hong Kong, Myer Center parking car was almost full. 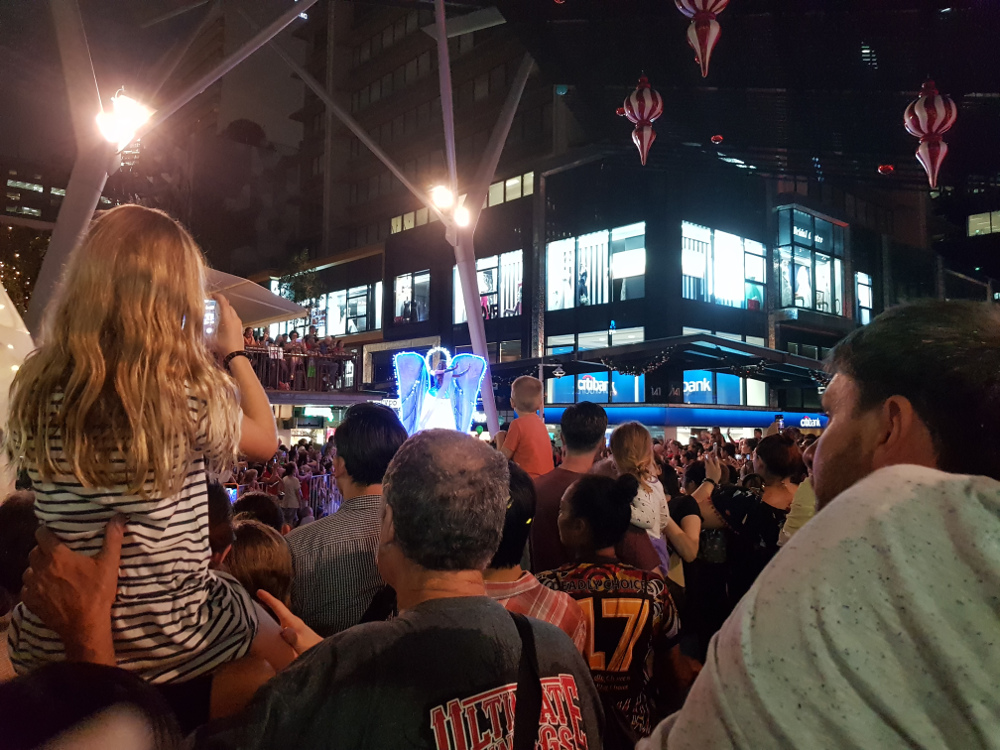 In fact, that is not surprising, the city has a lot of Christmas celebration. Such as the 7 o’clock Christmas parade, there are many people watching; there were three or four layers of people in front of myself. And this year’s parade sounds more exciting than in previous years, with some of this year’s unique characters appearing on parade, such as the big angel. Of course, there are three wise men riding camels who are present in the parade every year. I think you should not miss that. Last two sessions of the parade will be on tonight and tomorrow

Also, of course, I went to watch the fireworks display at 7.45. But we did not go to Southbank, we just saw it at the entrance of the casino. Although Southbank did not see it so clearly, we could see it, and there were not many people. Unfortunately, the last session Christmas fireworks display will be at 7.45pm tonight

Finally, we went shopping in the city’s department store, but it was a bit tired.